A One Woman Show - Written and Performed by Janet Behan; Directed by Jessica Higgs.

WHY SHOULDN’T I GO?  Writer/Actor Janet Behan, author of the celebrated biographical play Brendan at the Chelsea, brings her funny and poignant triple bill, “Why Shouldn’t I Go?” to The Irish Cultural Centre.

‘Why Shouldn’t I Go’ tells the stories of three very different Irishwomen. They have one thing in common – religion and the impact it has had on their lives.

In Realtine, our heroine has joined a creative writing class but is yet to write a single word. Today, after many months, the dam has burst and her story, that of a thirteen-year-old tricked into entering a closed religious order, pours out.

Reclusive Noreen rails against her daughter, husband and neighbours for ruining her life; beneath the rage she nurses a broken heart, pining for the baby that was stolen from her many years ago.

Susan, wife of the town’s highly respected pastor, discovers that she’s pregnant. The town offers it’s delighted congratulations but Susan has a problem. The pastor is white and there’s more than a chance her baby is not.

Praise for Why Shouldn’t I Go?:

“Behan gives a mesmerising performance, inhabiting each character distinctly and fully. Her writing is accomplished; there is not a single discordant note in it … these stories may be fictional but they are not far removed from real events. Many people will know, or indeed have been raised by, women like this … Why Shouldn’t I Go? is a masterpiece about the everyday horrors that can lurk behind closed doors.” ***** The UpComing

“Behan creates her three women with skill, transforming herself from one to the other as we watch, and Jessica Higgs has directed it with a sure touch, nothing is allowed to get in the way of the stories the women have to tell … The result is a sixty minute theatrical delight …” **** Reviewsgate

Janet says: Each of these women started out as hopeful, bright-eyed and brave but each of them had their youthful optimism blighted by the prevailing religious constraints in their different communities.  These are women of my generation, still, after so many years, living every day with their own particular pain and loss.  Mindless adherence to religious dogma continues to shape and circumscribe the lives of women the world over.

Director Jessica Higgs says: Outrage explodes from the burning heart of these insightful, clever, thumbnail portraits. Full of compassion and humour, they allow us into the very particular life experiences of their heroines. 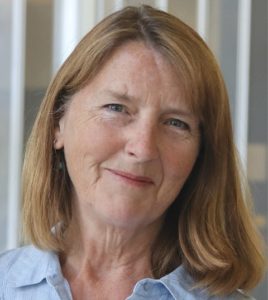 ABOUT JANET BEHAN.  A member of the celebrated Behan clan – her father was the writer Brian Behan, brother of playwright  and novelist Brendan Behan, Janet has worked as an actor for more than forty years. She appears in Channel 5’s brand new series “The Madam Blanc Mysteries”. Earlier this year she played Kathleen, her grandmother, in a short film based on her father’s book of interviews with Kathleen, Mother of all the Behans. Jessica and Janet will be collaborating on a live version, to be premiered in 2022. Janet’s first play Brendan at the Chelsea, starring Adrian Dunbar, (star of the hit series ‘Line of Duty’), was produced at London’s Riverside Studios. It was a sell-out success at the Lyric Theatre Belfast and on tour in New York, Dublin and Derry.

Praise for Brendan at the Chelsea:

“A must…” New York Times

“Behan’s script is rich and elegant; a must see.” Foreign Press Association

Praise for Mountain Language and Landscape at Ovalhouse:

“…it is like seeing the manifestation of layer upon layer of hidden emotion as what it said, and what it meant and felt, the external and the internal, slide into each other in dramatic harmony…” The Guardian