Bright Side of the Road

Dublin’s Calling!! As the ICC’s series of ‘Bright Side Of The Road’, 18 Radio Shows on Resonance Radio and on Portobello Radio draws to an end, we are delighted to announce that the series is now going to be aired on NEAR FM Dublin, every Wednesday at 11.30pm!

Presented by Henry Scott-Irvine, ‘Bright Side Of The Road’ will bring you highlights from ‘The ICC Seisiúns’, 14 Irish music concerts which were filmed at the ICC during lockdown by Dublin’s acclaimed Film Director Sé Merry Doyle.

Featuring great Irish trad and folk music, with a touch of Celtic fusion and even a drop of opera, ‘Bright side Of The Road’  gives you a chance to hear some of the very best Irish musicians based in London. 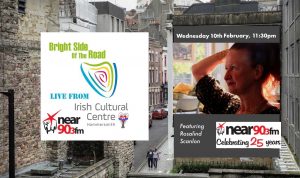 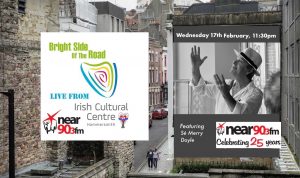 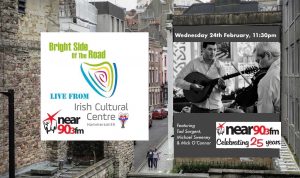 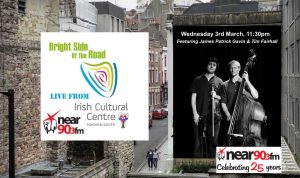 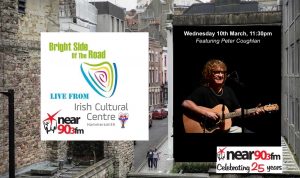 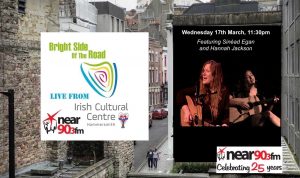 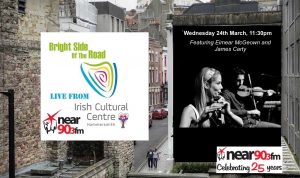 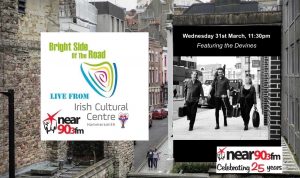 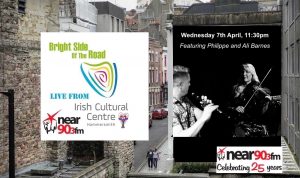 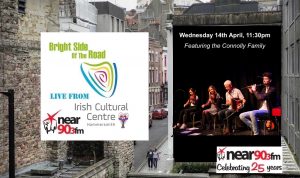 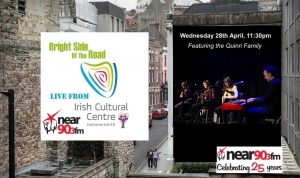 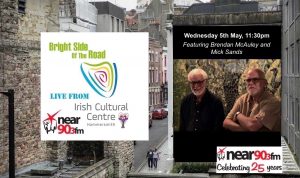 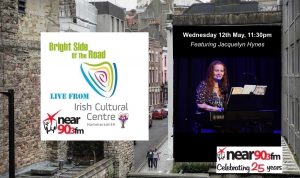 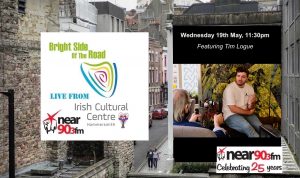 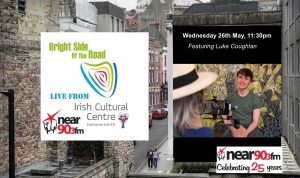 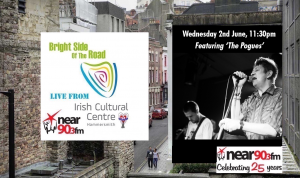 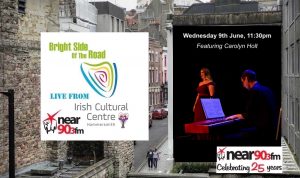 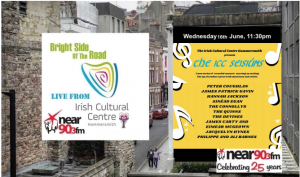 Bright Side of the Road - Radio Interviews

Over the past months many of you will have heard the warm and wonderful voice of Near FM’s presenter Donie Tarrant interviewing the musicians who’ve been featured in the ICC’s weekly radio show ‘Bright Side Of The Road’. Find out more about Donie here.

Our Chairman Peter Power Hynes joins Donie to discuss ICC Digital & our Near FM radio collaboration. He also talks about the Irish & the new Irish in London:

Donie speaks with renowned fiddle player and traditional musician James Patrick Gavin as part of the “Bright Side of the Road” series on Near FM:

Listen to Tad Sargent chatting to Donie about the Irish Music scene in London:

Listen to Filmmaker Sé Merry Doyle, who directed the film series 'The ICC Seisúins', being interviewed by Near FM's presenter Donnie Grant about Bright Side Of The Road:

Listen to world class Irish and classical flute player, Eimear McGeown, talk with Near FM presenter Donnie Grant about her music and the ICC:

Donie speaks with John Devine, the band leader of the “The Devines”:

This show shines a spotlight on the sublime flute and fiddle duo Philippe and Ali Barneswho play some awe-inspiring Irish and Breton music.

Donie speaks with Karen Ryan, the Queen Of Irish Trad:

Donie Tarrant speaks with Jacquelyn Hynes about her music and her career:

Tim Logue, a new prodigy on the folk scene, speaks to Donie:

Listen here to Near Fm's Presenter Michael Sullivan speaking to Irish born mezzo-soprano Opera singer Carolyn Holt, who will soon be featured on 'Bright Side Of The Road'.

Rosalind Scanlon, Cultural Director at the Irish Cultural Centre in Hammersmith, joins Donie to discuss the work done in the Centre, how they kept thing going during lockdown and the plans for reopening and the remainder of the year.