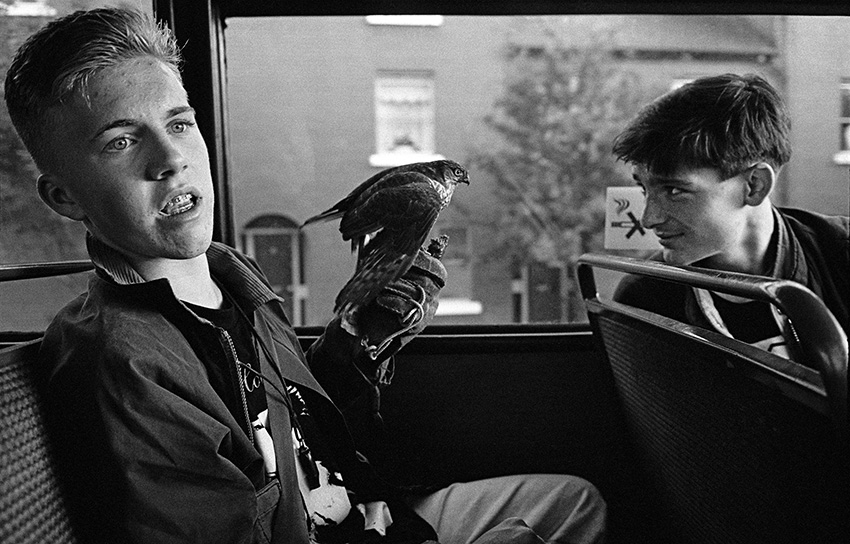 Today, in our ‘Artists Corner’, ICC Digital brings to you the second of six photographs from the gallery of the Irish photographer Tony O’Shea.

Tony O’Shea , now aged 73, is a legendary Irish documentary photographer. His book Dubliners occupies a pivotal role in the history of Irish photography and defines the territory that O’Shea made so inimitably his own –  the everyday life of ordinary people, their joys and sorrows, their struggles and triumphs, the rituals that they use to make sense of their lives.

Despite a long career as a press photographer, O’Shea’s most enduring interest has not been in great events or well-known figures, but rather the myriad of small ways in which history is actually experienced, as something that happens between people, at home, on the street, wherever they happen to be.

Earlier this year Tony had an exhibition of his work commissioned and curated by “The Gallery Of Photography – Ireland”, which was the first complete overview of O’Shea’s practice to date.

The exhibition was accompanied by a new publication, Tony O Shea’s  “The Light Of Day” (by RRB Books), which has an essay by Irish writer Colm Tóibín.

Today photograph from O’Shea’s exhibition and book, ‘The Light Of Day’ is the magical and memorable image..

As Editor of the magazine ‘In Dublin’ in the late 1970s, Colm Tóibín sent O’Shea out on Dublin buses to capture the life of the city from the upper deck. This powerful image of two boys and a kestrel was one that O’Shea caught.

Tony O’Shea was born in Valentia Island, County Kerry in 1947 and lived there for the first 20-years of his life. He studied English and Philosophy at University College Dublin and towards the end of the 1970s became increasingly interested in photography. By 1981 he had begun working full-time as a photographer with ‘In Dublin’ magazine and once it ceased publication he went on to work for Sunday Business Post for many years. His first book Dubliners, including a text by Colm Tóibín was published by Macdonald Illustrated. He lives in Dublin.

Tony O’Shea’s photographs and his exhibition ‘The Light Of Day’ are available to buy from ‘The Gallery Of Photography – Ireland’ https://www.photobooks.site/