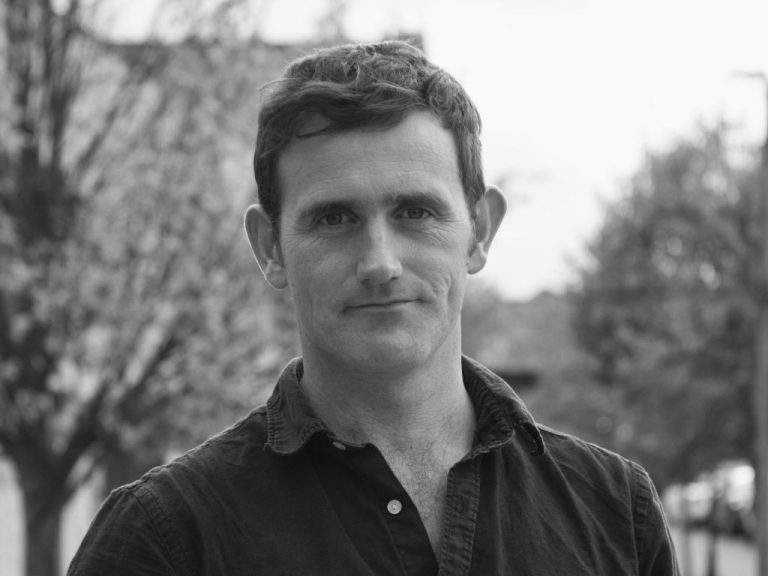 ‘For the Sake of the Song’ – An Essay by Poet Martin Dyar.

In this essay ‘ Poetry – For the Sake of the Song’  the Irish Poet Martin Dyar reflects on the musical sources that have informed his ICC poetry reading  which was presented on Ireland’s National Poetry Day 2021.

This is what Martin says .. “For my reading during the Irish Cultural Centre’s celebration of Poetry Day Ireland, the theme for which this year is ‘New Directions: Maps and Journeys’, I have chosen three poems about three individual musicians. In that selection, I am aiming for links to the main theme, while also hoping to capture something out of three musical lives that will serve as reflective sustenance in our heavily burdened times.

Between 2010 and 2013, Nic Jones played a handful of concerts, and then he announced his retirement. Those farewell performances happened after a near thirty year period of convalescence and silence, following a car accident in which Jones had collided with a truck while returning from a gig in Glossop in Derbyshire in 1982. His devastating injuries ought to have killed him, but somehow he pulled through. In some respects, the possibility of his output continuing to find its way in the world, without Jones being able to stay in harness and record and tour, seems just as unlikely. But over the decades the acclaim and affection surrounding his music have continued to grow. His fifth and final studio album Penguin Eggs, released in 1980, is an undisputed masterpiece, and a fans favourite.

Jones’s versions of classic, re-discovered and reworked ballads, charged as they are with the intimate valency of his voice, the deep sensitivity of his linguistic and story-telling gifts, and the stunning fluency of his guitar playing, on songs like ‘Courting is a Pleasure’, ‘Clyde Water’ and ‘The Humpback Whale’, leave a welcome mark in the heart of the listener. They also transmit a message from the singer’s early days that resonates with forms of honesty, hopefulness and wit which belong as much to the warm personality of his craft as to his timeless source material: the elemental passion, severity, violence, and beauty of eighteenth and nineteenth-century rural life in Ireland, Scotland, England and Wales, as known by legions of anonymous singers.

I was introduced to Jones’s music by a Dublin City librarian who regards Penguin Eggs as a life-changing album, and my tribute poem, titled ‘Glossopdale Folk Club Forever’, was further boosted by the work of the great ballad rescuer Ana’s Mitchell, by Nathan Salzburg’s luminous Alan Lomax archive podcast, Been All Around This World, and by Michael Proodfoot’s gripping film The Enigma of Nic Jones, which includes compassionate narration by Cerys Matthews.

A couple of short years before he died in 1969, at the age of forty-four, the Carrick-on-Shannon born Traveller John Reilly got an opportunity to record some of the songs he’d been carrying and singing since his childhood. His versions of ‘The Well Below the Valley’ and ‘Raggle Taggle Gypsy’ would feed into the formative years of the immortal Planxty, and were a particular inspiration to Christy Moore and also the folklorist and song collector Tom Munnelly, who was the first to recognise the international and historic importance of Reilly’s soulful and wintery repertoire.  Into the 1970’s, Munnelly remained a passionate advocate for Reilly’s voice and songs. When writing the sleeve notes to the 1978 Topic album, The Bonny Green Tree, Munnelly was still marvelling at his own good fortune, conscious that a long and discrete channel of oral tradition had taken an abrupt left-hand turn into the mainstream and into posterity the day he was introduced to Reilly in Dodd’s Pub in Boyle. It had seemed almost predetermined that Reilly’s versions of those great songs would be lost; Munnelly’s folk explorations gave him a special awareness of State ignorance with respect to the needs of Traveller communities. Reilly might have been forgotten, and not solely because broader Irish society kept him on its margins. Munnelly reflected:

‘A biography of John Reilly must necessarily be brief. His life was short and the few years I was honoured to know him he was always reluctant to speak about himself. So the little I learned I picked up as flotsam floating on the sea of a hundred conversations. John’s reluctance to talk of himself came not from the mistrust of outsiders which one sometimes finds among the travelling community, but from a genuine self-effacement which amounted almost to timidity. John was a shy man, but behind that shyness was a man who was a magnificent tradition-bearer.

My poem, ‘John Reilly’s Audition: Roscommon 1966’, pursues aspects of this legend in sonnet form, and seeks to imagine a first encounter between the reverential song seeker and the unwitting fountainhead, in a quiet pub, as the ferment of the 1966 All-Ireland Fleadh raves gloriously outside. A journeying body of song found a new direction that year.

The catcher of the first salmon of the year on East Mayo waters in recent years is awarded the Conor Walsh Perpetual Cup. I have for some time thought that those words might make a good name for a poem. ‘Perpetual cup’ adds a philosophical and maybe even a biblical twist to something agricultural, something connected to the gods of the Fair Day and the gymkhana. But the first part of that potential title resonates even more.�

Five years ago, the Irish minimalist composer Conor Walsh died of a heart attack at the age of thirty-six. Conor and I both grew up in the quiet market town of Swinford, County Mayo. We bonded early over music and poetry, and through our twenties we performed as a piano and poetry recital duo, calling ourselves The Shore, a name which partly suggests why a musician might have an angling award named after him.

Last year, as part of the Doc on One Series, RTE Radio One broadcasted ‘Conor Walsh: Passing Through’ an immersive elegy by Eoin Butler and Sarah Blake. There’s a moment in that documentary where the owner of a fishing tackle shop who knew Conor as a popular angling and river conservation figure, but not as a musician, listens to his composition ‘The Lucid’ for the first time, and then with downbeat confidence says that the composer must have been visualising the hatching of mayfly.  It’s a perfect piece of vox pop quirkiness. As the opinion is expressed, we hear lapping water, and the lush turns and spirals of Conor’s playing. But if it was an eccentric idea, it also captured something true about the subject. The aliveness and the meditativeness of the music is dependent on the ecologically minded character that worked ceaselessly to create it. While his two releases, his debut EP The Front (named as an homage to the quiet mysteries of the hotel foyer where he learned to play) on the Ensemble label, and the posthumously released The Lucid, produced by Enda Bates, and referred to by the Irish Times as ‘a triumph over death itself’, are solely instrumental recordings, Conor often thought of himself as a narrative artist and an invoker of images. Few in his vast online audience might ever guess it, as they savour his textured dreamscapes. But to fully grasp the spirit of his music is to step through it into the hilly picturesque environs of Swinford, and from there onto the secretive banks of the River Moy, and into the dark plenitude of the lakes of East and South Mayo: Callow, Cullin, Conn, Carra, and Mask. Released just last month, the watery world depicted in the video for Alannah Thornburgh’s exquisite harp rendition of ‘The Front’ is perfectly adapted to the marrow of the melody.

Local forces, as Conor explained in an interview with Philip King, conditioned and defined his musical ear.

While embracing the challenges and pitfalls of pursuing a career as a self-taught composer and performer, instead of yearning to get out of the West of Ireland, Conor based himself in his hometown, writing, rehearsing and recording in a series of rented cottages, and occasionally in the heart of the town itself. For a number of years he had the use of a small empty commercial hotel, which his family had run for generations, and in which he had grown up. In the hotel there was a piano more than a century old. That worn and comfortable instrument, packed deep with the song ghosts of the likes of Thomas Moore and Percy French, had granted him in his teens the first intimations of his calling and later a stepping stone to the joy of composing, and towards the power of minimalism. In time it also became a kind of anchor, a kind of mooring point.

With a one year stint in Dublin, where he completed a diploma in music and media technology at Trinity, in the last years of his life he travelled mostly from Swinford for gigs, festivals, collaborations, and studio sessions, all over the country, returning often in the small hours in an effort to keep his costs down.�

The poet Erin Fornoff has written a poem called ‘Murmuration for Conor Walsh’. A beautiful salute to that discipline and nocturnal willingness, it plays with the story of the night a stag appeared on the road. Conor had to stop his car and get out, only for the creature to linger fearlessly, its strangely vocal-sounding breath making a fog in the headlights. The commuting composer had been listening to one of his own demos, and now, thinking it might be a humane means to urge the animal out of the way, he leaned back into the car and turned up the volume. But the trick failed, and for almost a minute the two night travellers just watched each other, while a work in progress soundtrack of Swinford piano bled into the night around them. Through that image, Erin Fornoff arrives at a meditation on artistic commitment. The new direction here, a great less travelled road, is represented by the heroic gesture of keeping going. Or, as Fornoff’s poem has it: ‘the choice to yoke yourself / to what you love’.

The first poem I have completed in Conor’s memory, which is called ‘Pharmacy’, separates him from his music and pictures him in an overgrown landscape. I see him gathering foxgloves in a deep drain, somewhere in Mayo that only he knew how to reach. He is on a quest for digitalis, the traditional heart medicine that is derived from those wild flowers. He speaks to the leaves and the petals, coaxing them to surrender their cures. It is mid June, foxglove time, the short season of cardiac good luck. I have watched him at length through the lens of the poem, and through the fact of his larger-than-life generosity and influence. Roofed by a blue sky, he makes his way onward through tall weeds, and into a stream. There is weight and moisture in the flowers he has gathered. They form an outlandish bundle in his arms. But he is sure footed. He feels certain of his path, and certain of his solitary methods, and he knows that the earth has recognized him in his need.

Martin Dyar is the author of the Pigott Prize shortlisted collection Maiden Names, published by Arlen House. He won the Patrick Kavanagh Award in 2009. With the composer Ryan Molloy he recently  wrote a song cycle, ‘Buaine na Gaoithe’, which had an Irish national tour in 2018, performed by Damselfly Trio. He has held writing fellowships at the International Writing Program at the University of Iowa, at the Washington Ireland Program and at the University of Limerick. He is an adjunct professor in the School of Medicine at Trinity College Dublin and he is  also the editor of Vital Signs: Poems About Illness and Healing, which is forthcoming from Poetry Ireland.