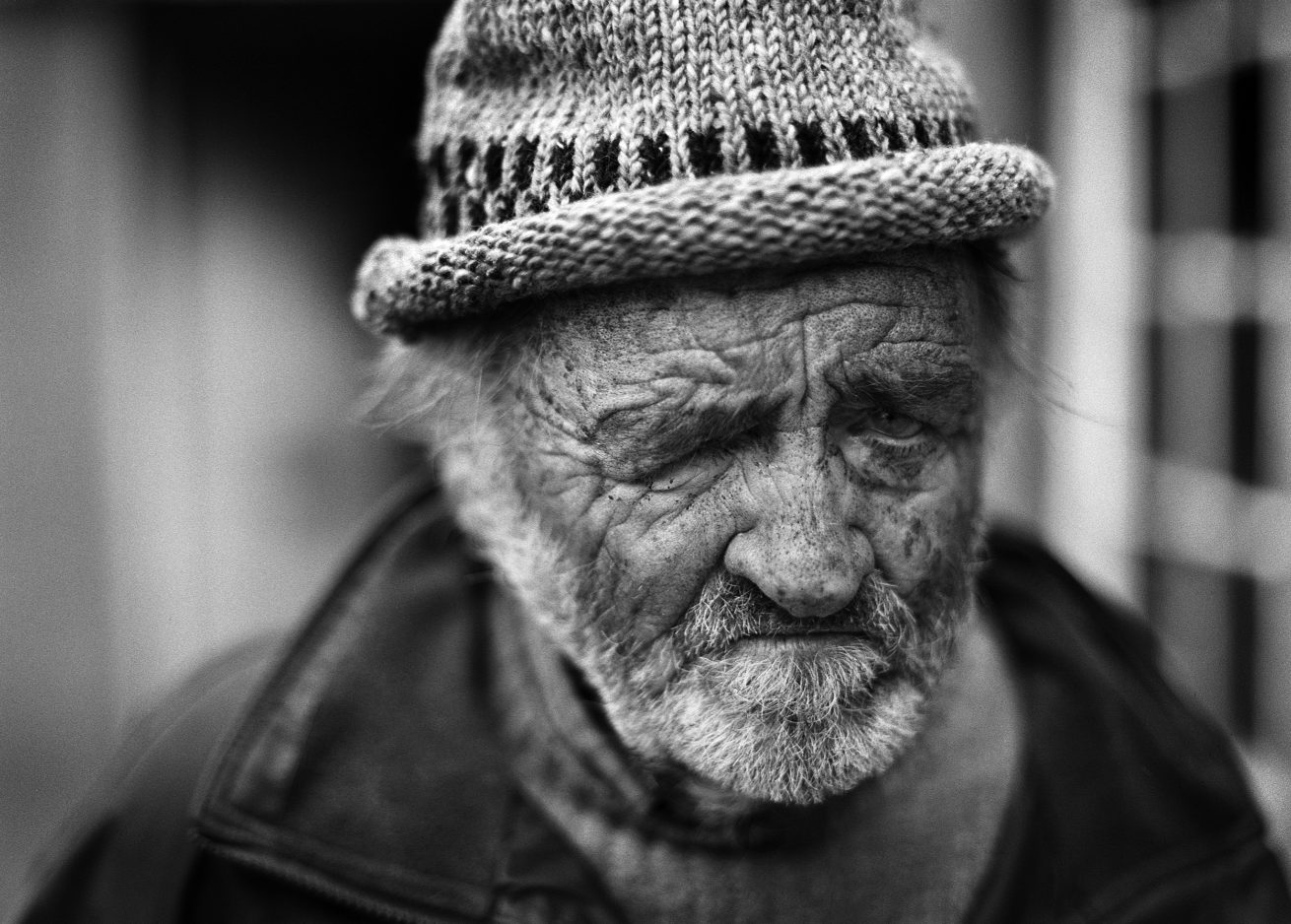 ‘The King of Kinvara’ – a photograph taken by Ireland’s great photographer Paddy Jordan.

Today our ‘Artist’s Corner’ features one of Ireland’s most gifted photographers, Paddy Jordan.We launch Paddy’s Gallery with his powerful and evocative photograph ‘The King of Kinvara’.

Paddy Jordan says: ‘A year or two back, I was filming at the farmer’s market in Kinvara, County Galway and I saw this man helping one of the stall holders move a box of second hand books to be sold. I plucked up the courage and asked to take his picture. I found out his name is Donal Sugrue and he lives in a semi derelict house just off the Main Street in Kinvara. In my mind, he’s the King of Kinvara and long may he reign. I’m not sure if I heard that or made it up but there you go…’

Patrick Jordan is a cinematographer and photographer based in Dublin, Ireland.

As a teenager growing up in Waterford in the 1990’s, Patrick took a day off school once a week to study City and Guilds Photography and has been in love with the medium ever since.

In 2015, Patrick shot the feature film, The Young Offenders, which was later commissioned by the BBC and RTE as a television series with Season 3 going out in late 2020. Patrick has for many years collaborated with director Sé Merry Doyle. Projects include a documentary on the Japanese American animator, Jimmy Murakami, and an award winning feature film on the making of John Ford’s classic, The Quiet Man.

In July 2014, Patrick won the Donal Gilligan Award for Best Cinematography for his work on the film Volkswagen Joe. He has been nominated twice for an IFTA (Irish Film & Television Award) for Cinematography in Television and has shot two Oscar Nominated Short Films.