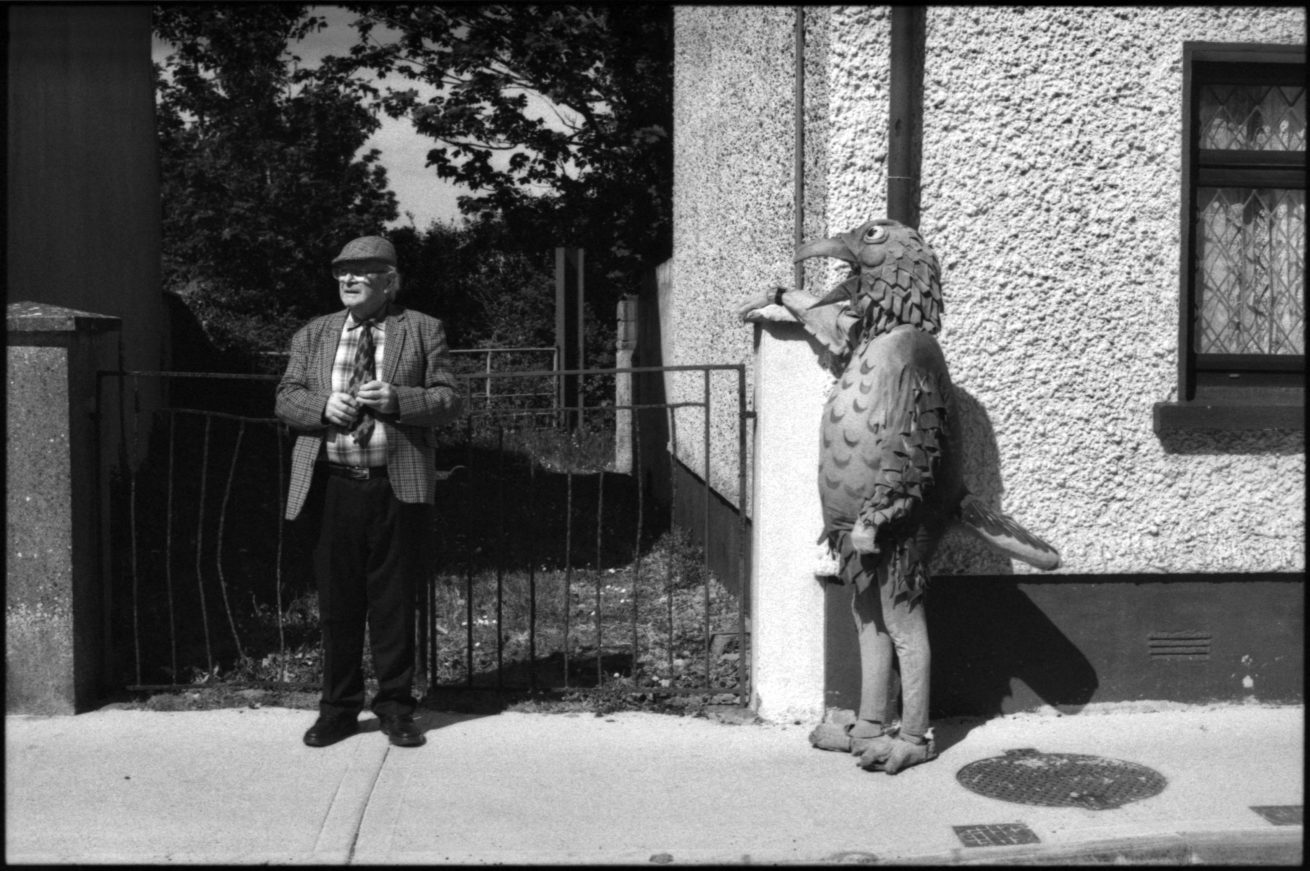 ‘The Musician and the Cuckoo – A photograph by Paddy Jordan.

This week ICC Digital brings you another photograph from Ireland’s great photographer Paddy Jordan, ‘The Musician and the Cuckoo’.. this is what Paddy says about it…

“This photo was taken in Kinvara, Co. Galway at the Fleadh na gCuach or The Cuckoo Festival which takes place every year on the May bank holiday. I was filming some musicians in Tully’s bar on the Main Street and somebody pointed out that the man playing the whistle was called Paddy Costello, a well known musician from Caherlistrane and that he was the uncle of the singer Dolores Keane. I asked him to come outside into the sunshine for a portrait….and then out of nowhere….in all his finery….the cuckoo appeared!” Paddy Jordan

Last week we featured ‘Man On The Flaggy Shore’ by Paddy Jordan.   See more of Paddy’s images in our Artist’s Corner on ICC Digital