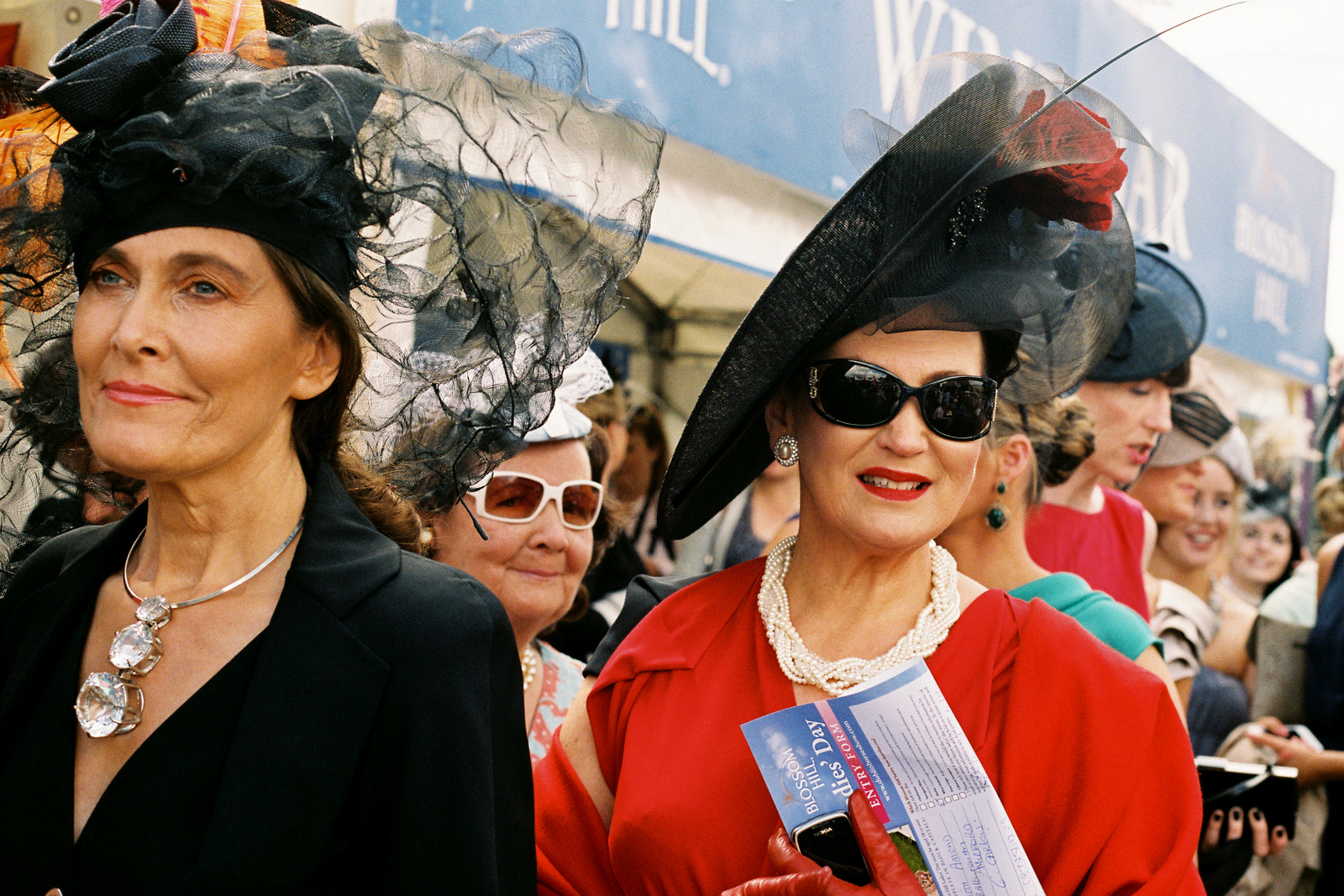 Over the past four weeks ICC Digital  has brought you a series of stunning photographs from the the gallery of seven, by the gifted Dublin based Documentary Photographer Barry Delaney. Last week, Barry’s image took us to  The Galway Races, this week, Barry takes us all the way to “Ladies Day” at The Dublin Horse Show. In this striking image, which has tremendous depth of field,  Barry so brilliantly captures the confidence, strength and elegance of these very ‘chic’ Irish Ladies.

Barry says… “The Dublin horse show takes place every summer in Ballsbridge, Dublin 4. Ladies day is an event on the Dublin social calendar, when Irish ladies of style and elegance come to show the best in summer fashion and glamour”.

About Barry Delaney: Barry Delaney is inspired by the colour, energy and DIY attitude of punk. He fled the grey Dublin of the early 1980s, to travel the world and fell in love with film photography. Eked a living doing various manual and technical jobs. Fifteen years later, Barry began taking pictures again. It started on the streets of Dublin, his home town, and moved on to other parts of Ireland and across the sea to his old stomping grounds in England and America. Barry has had 7 solo exhibitions in Dublin and many group shows, including the RHA and DLR Lexicon, Dun Laoghaire.  In 2019 he completed a retrospective of his inner city Dublin work in the historic GPO, Dublin, along with his debut Dublin book – Stars and Souls of the Liffey – Last year he released  his second book Americans Anonymous, with poems by John O’Donnell at the Gallery of Photography, Dublin.

Barry Delany’s Books:  For his debut book on Dublin’s Inner City, ‘Stars and Souls of the Liffey‘ Barry documented life around Dublin’s urban centre, as it went through many changes, from boom to bust and back to boom. When it was first published, it was accompanied by a  photographic exhibition held at The General Post Office in Dublin. The Book Is now a collectors Item and currently Sold Out.

Barry’s second book ‘Americans Anonymous’ is a pictorial road trip across the United States, a country that, in the wake of Donald Trump, has never been more divided. From East to West by way of the Deep South, in the tradition of Robert Frank and Dorothea Lange, the photographs of Barry Delaney, accompanied by the poems of John O’Donnell, record the lives of ordinary people at an extraordinary time. This Book can currently be purchased at Hi Tone Books– Here is the link to buy a copy :-https://hitonebooks.ie/americans-anonymous/