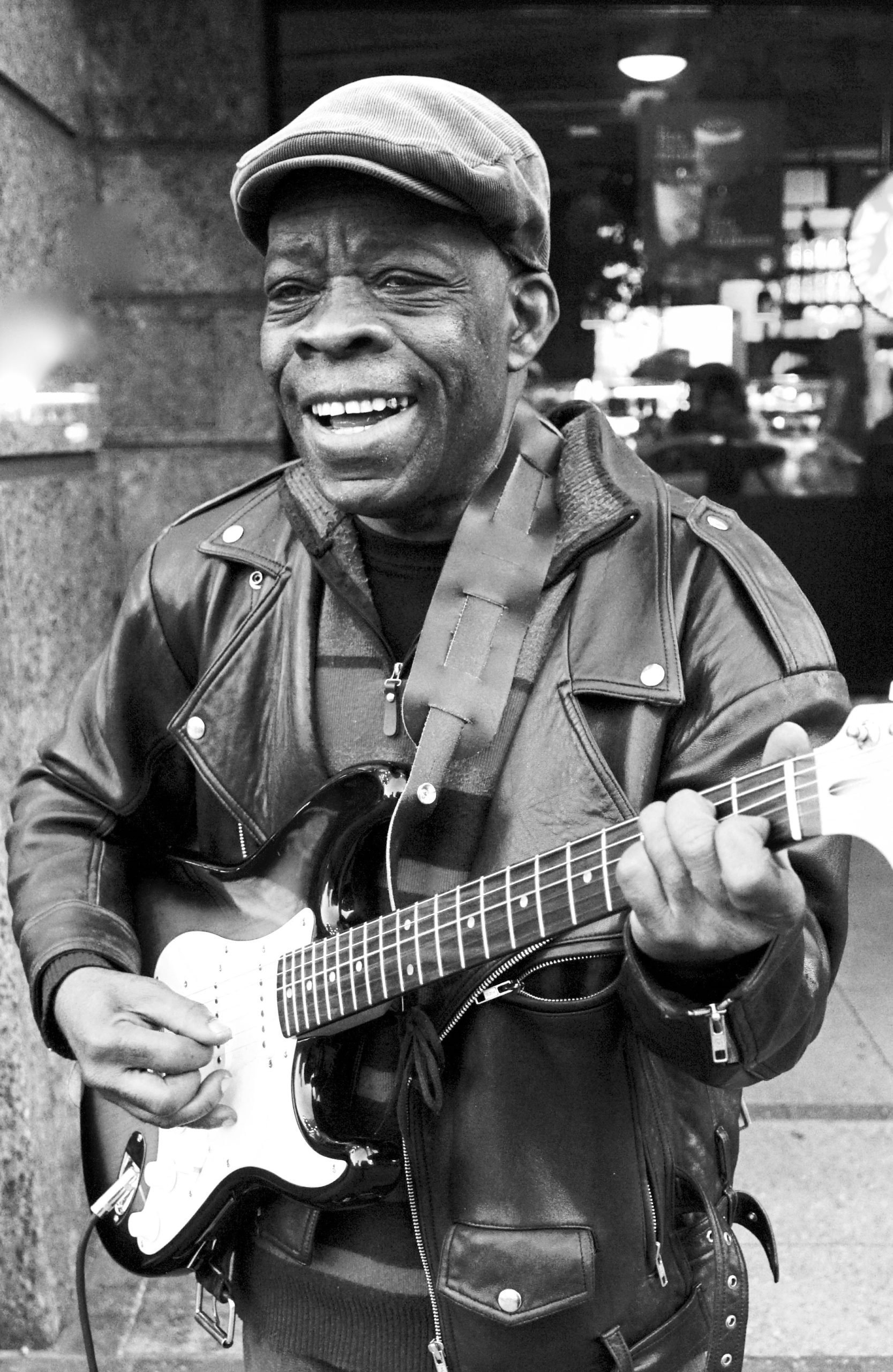 To mark BLACK HISTORY MONTH 2021, each week through out October, in our Artist’s Corner we’ll bring you images from the local photographer Franco Chen. Born in Jamaica, of Chinese heritage, Franco became resident photographer at the Irish Cultural Centre when it opened in 1995. He has taken hundreds of photographs of many of the bands and artists who performed here over the years and he’s captured so many ICC magical moments.

Throughout Black History Month 2021, we will bring you some of Franco’s photos of our wonderful friends in the Black Community and we’ll give you a glimpse of Franco’s unique eye and intuitive gift as a portrait and event photographer and as a London street photographer.

Last week we brought you Franco’s stunning image of the saxophone player ‘Baygo’.  This week we bring you Franco’s photo of Nsimba Foggis who is the frontman of the fabulous band Taxi Pata Pata, who according to NME and Andy Kershaw, are one of the UK’s best loved African bands. Combining the beat of the Bush, with the heat of the City, Nsimba’s music is well known to audiences in Hammersmith and West London and he is also a great friend of the ICC, having played here at the venue many times.

Born in Kinshasa to parents skilled in Kicongo folkloric music, Nsimba charmed the congregation at the church where his father was a lay preacher, with his beautiful voice and musical ability from a very young age. He later honed his remarkable talent at the Music Conservatoire in Luanda, becoming a key trombone player and vocalist with the top band Super Marenga – before coming to London to take his music further where he was snapped up immediately by no less than three  major bands, after which he set up his own band Taxi Patta Patta.

See below in the gallery an Image of Franco Chen.

We wish Franco, Nsimba, Taxi Patta Patta and all our Black friends the most wonderful Black History Month!!