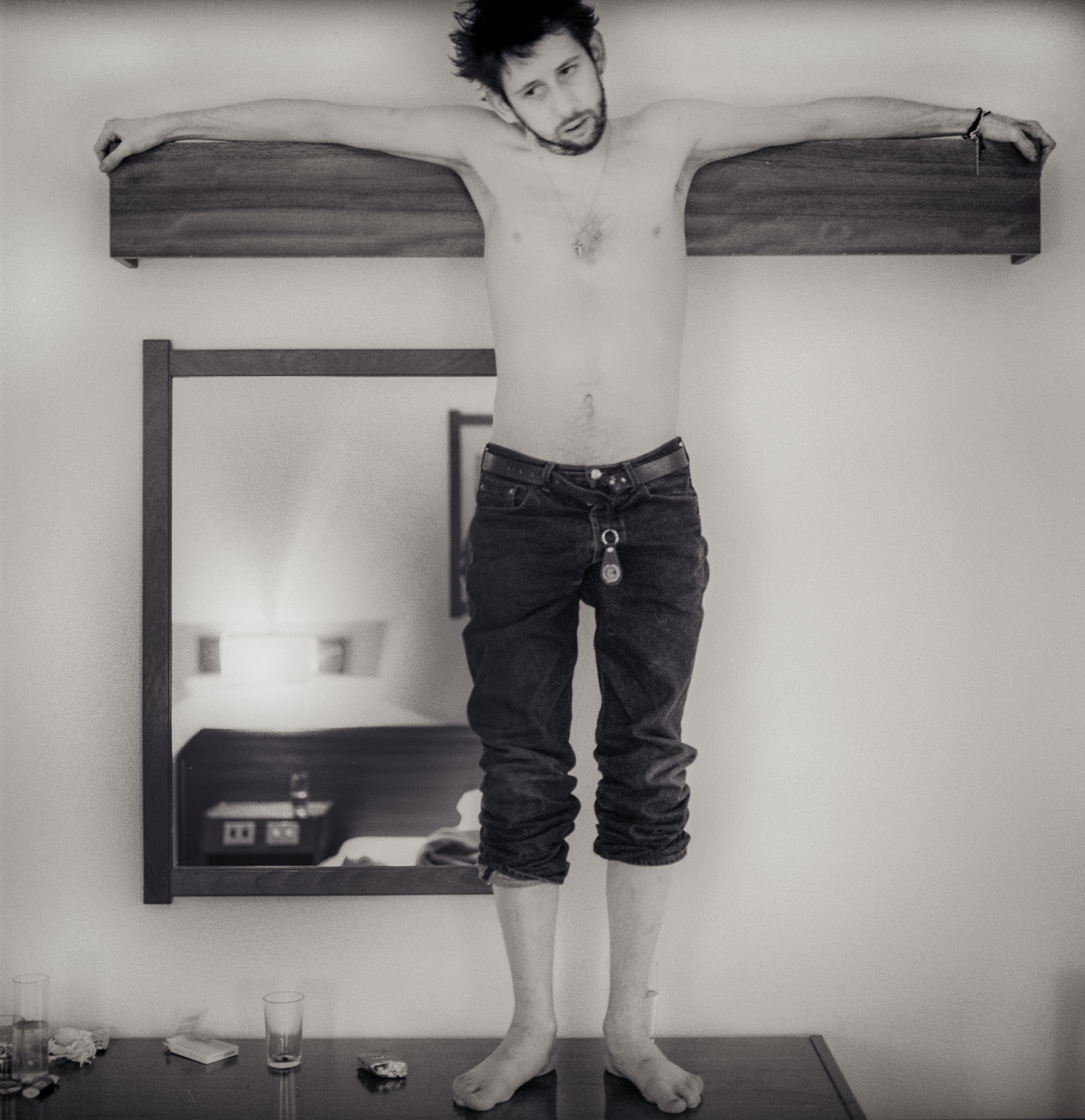 Today, in our ‘Artists Corner’, ICC Digital brings you yet another stunning photograph from the book “Rebel Song; Faces of Irish Music” by the acclaimed photographer and filmmaker, Andrew Catlin.

This photograph is undoubtedly one of the most iconic photographs of singer, songwriter, punk-poet and frontman for the band ‘The Pogues’ – Shane MacGowan. Many more of Catlin’s photographs can be seen in the new feature documentary about Shane, ‘Crock Of Gold, A Few Rounds With Shane MacGowan’ which will soon be screened at the ICC (Sat Sept18th): link to buy tix .

Some words from Catlin’s book…

Shane MacGowan (The Pogues) says..
“My auntie Nora gambling on the Irish sweepstakes with teaching me my catechism for my first Holy Communion. She was a religious maniac. And she liked a drink and she chain-smoked. We used to pray on every horse. And we used to win again and again and again. My first horse came in at ten to one when I was five. And that is how I became a religious maniac and a total hedonist at the same time.”

What’s so extraordinary about the book is that it’s author, photographer Andrew Catlin, is an Englishman, who knew nothing about Irish history at the outset. While producing the book Catlin under-went a journey of discovery to find the connection between Irish music, the history of Ireland, and the passion, power and intensity of some of the greatest Irish songwriters and performers of the last 50 years.

Catlin says “Many of the references in Irish songs – people and places that in Ireland carry a heavy weight of history – have no meaning at all in England. You feel the strength of emotion, but unrecognised names seem quaint or unimportant. It can be shocking when you find a familiar song is about a shameful episode of British brutality.”

Andrew Catlin is an internationally acclaimed music photographer and filmmaker. He has photographed some of the world’s greatest songwriters, musicians and celebrities, including Pattie Smythe, Sting, Morrisey, Kurt Cobain. He’s had a long-standing working relationship with Shane MacGowan, Bono and Sinéad O’Connor and he has previously had three books published, ‘Shane MacGowan – Three Score’, ‘Sinéad O’Connor – 48’ and  ‘The Jesus and Mark Chain’.